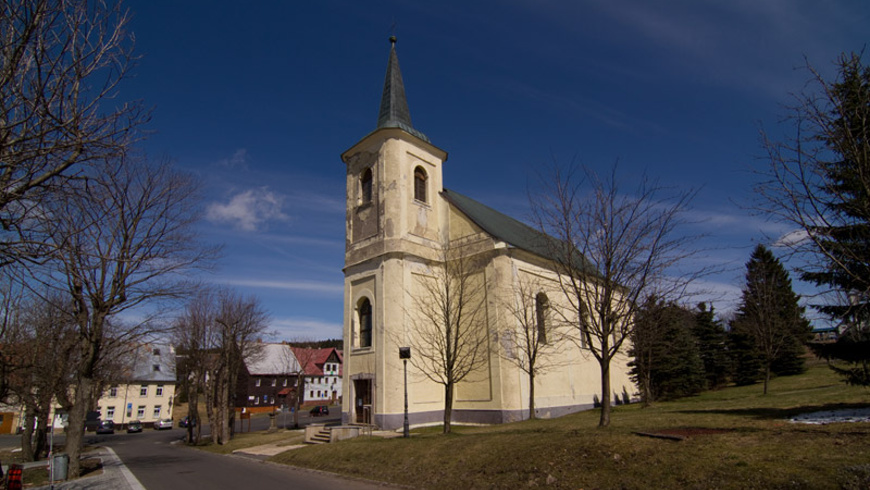 In 1593, a new church was built instead of old decaying wooden church and in 1605 – 1607 a tower was completed. However, in 1771, it was destroyed and a new baroque church copying a Lutheran pattern was built in the parish garden. The church dedicated to St. Anne still stands in Boží Dar untill these days.

400-year-old Church of St. Anne after rebuilding in 1771 belongs among the most beautiful late-baroque buildings in Bohemia. It’s unique mainly thanks to its ceiling built as a segmental sail vault. It is a special wooden shuttering on which reed is mounted. On this foundation, beautiful frescoes are painted.

After the war and expulsion of Germans, the local parish came to an end and the Church of St. Anne was no longer used. The church quickly fell into disrepair due to the harsh climate. In the late 60s, the church had to be officially closed because of the slumping roof.

The Church of St. Anne saw its recovery thanks to the great dedication of local believers. Thanks numerous collections and donations, it was rebuilt through self-help. The ceremonial reopening took place in 1990 when the church was consecrated again in the presence of the top church officials. The ceremony was set at the three hundredth anniversary of the first written notice of this temple.