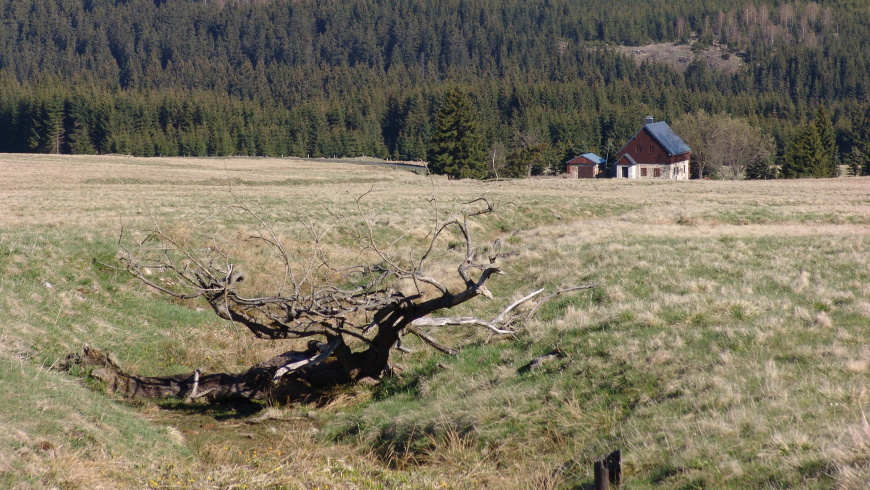 Dear visitors,
Welcome to the tourist nature trail that will introduce you to a colourful history of the extinct mountain village Bludná and its surroundings. You will walk along the ancient country border, will be able to see the beauty of upland peat bog and go to places where ores of tin and iron were mined heavily in the past. The route is led mostly on groomed forest roads and is a continuation of the Mountain nature trail Hřebečná which thus gets connected into an integrated circuit. The Natural trail Bludná itself has 10 stops and is 8 km long which can be comfortably walked in 3-4 hours.

What you will see on the trail

The route is not marked in the terrain, so be sure to take the tourist map or GPS with you.